I Love You Merlene 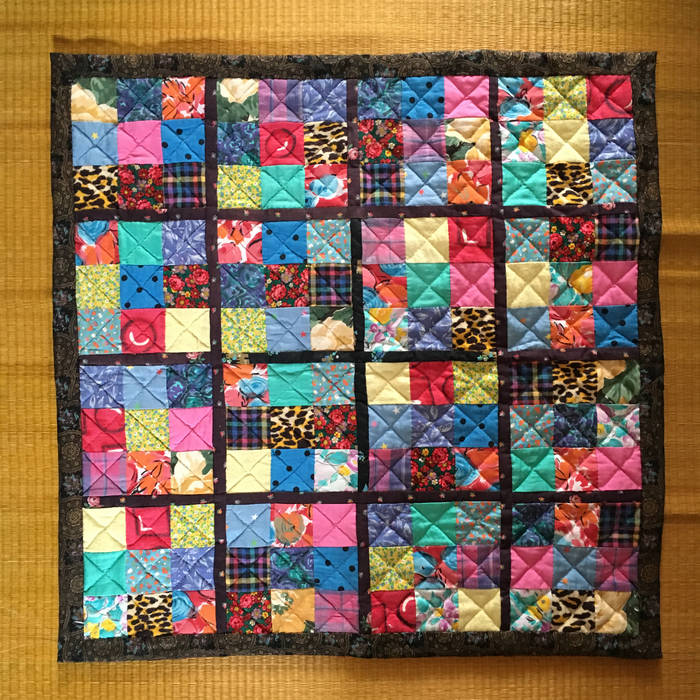 THIS IS THE TRUE STORY ABOUT THE WRITING OF THIS SONG. This song may have helped transform a person's painful story into a happy memory. This just amazes me, and makes me wonder how memory works, and how any of us might be able to change our self-stories for the better at any time. I have also added some new parts to the story from when I first shared it. (Lyrics follow!)

One of my favorite people sing with is a 103-year-old woman I have written about before. Merlene is one of the first people I connected with when I began my music enrichment work. She often asks me why she is there, and if I know when she can go home. She really wants to go home. “What am I doing here?” she asks, holding her hands out in bewilderment, her tiny heart-shaped face filled with a mixture of annoyance and anguish. “Have I done something wrong? Do you know?”

I know by now to just get her singing with me—she’ll immediately relax and for a few minutes forget she lives in this nursing home. Merlene may be lying down and curled up into a comma when I first enter her room, but she always struggles to sit up, she doesn’t want to miss the singing.

When I first met her, I learned that Merlene sang on a timber-town radio station with her sister when she was young. She doesn’t bring that up anymore, but I sometimes I remind her of it, and she will say in surprise, “why you’re right, I did!” or else simply, "I did??"

I’m pretty sure she used to sing the Tennessee Waltz with her sister, because she knows the lower harmony, and always sings it with me. In case you don’t sing much, lower harmonies are harder to find than upper ones!

She used to yodel to call the horses and has been teaching me her yodeling style. Sometimes I'll just play random chords and we randomly yodel together. Almost always after we sing together, she’ll tell me, “Mama used to yell, ‘will you SHUT UP!’ when we sang!” She always says this with a shake of her head and a smile, but I can tell it is a painful memory, something she has tried to make into a funny story.

Sometimes laughing is better than crying, but the pain is still there. At 103, she is still processing her relationship with her mother.

A few weeks ago when I visited Merlene, she was fast asleep. I didn’t want to wake her right away, so started making up a song with the repeating chorus, “I love you Merlene.” It was simply what I wanted to say to her. It was so pretty, just the way it popped out the first time that I pulled out my phone and recorded it to remember later.

I promptly forgot about the song, but then it started drifting into my brain, as songs do when they are hollerin’ to get out. I didn't even need my phone recording. The whole melody and chorus were already created, I just needed to catch some words to fill it out. And of course, add a little yodel at the end, just for Merlene.

As I was finding the words to the song, I kept seeing Merlene and me, sitting in a farmhouse kitchen around a wooden table, playing music and drinking coffee. We are both young women wearing calico dresses, maybe I am her sister. It’s just what I kept seeing.

Many times I have tried telling Merlene that I love it when she sings with me. She always looks shocked and says "Really? You DO?" Sometimes she'll scoff at that and say she'd rather just hear me sing.

So I had an idea: for one of the verses, I thought I would try telling a more positive story about her mother than the one she has told me so many times about her Mama yelling at her to shut up when she sang. In my mind’s eye, I saw her mother wiping her hands on an apron and leaning against the the doorway of the kitchen where we were singing together:

Your Mama is smilin’
She thinks you sound fine
Merlene, you can always sing to ease your mind

I finished the song, and I called it “I love you Merlene.” Then I fretted all weekend—what if she died and would never get to hear it? She is so old. Like most of the people I visit, there is always a reasonable chance that I may never see them again.

But yesterday when I poked my head into her room, I saw she was still living and breathing. So I stayed beyond my shift so I could sing the song for the woman who inspired it. I couldn’t wait to share the yodel that I put into the song, I knew she’d love it!

As usual, she drank in the music and my singing, the lines in her face softening, listening intently, her eyes locked on mine. Merlene is very hard of hearing, so I am never sure which, if any of the words I sing she actually understands. It's the music that carries the words for any song anyway.

But I think she may have heard the words quite well. After I finished, the first thing she said was “Oh, Mama always DID love it when we sang!” She has NEVER said that to me, in the three and a half years I have known her and been singing with her—it’s always the other story, about her Mama yelling at her. There was a new, happy story now—a story that affirmed music and joy. A story that did not denigrate her voice, but celebrated it.

I almost couldn’t believe my ears. How could that be? Maybe the truth is that sometimes her Mama yelled at Merlene and her sister for singing because her Mama had fourteen kids, no washing machine, endless chores and couldn’t always deal with the noise. Maybe that story stuck, because it caused Merlene to shut down in some way.

But maybe sometimes her Mama stood there in the door to the kitchen, just like I saw her in my mind’s eye, smiling and telling her daughter how much she loved to hear her singing.

I am so glad that I could bring back that memory—or create a better one, a new story.

It was time to go. I smiled and stroked the white hair off Merlene’s forehead, as soft and velvety as the last peach of summer.

“You be careful!” Merlene said to me, as she always does when I am leaving. As usual, I promise her that I will be careful.

As I was walking out the door, she also called out, “I love you!”

I love you too, Merlene.


November 20th Follow up: I have now sung Merlene's song to her 3 times, every time I see her. The second time I sang it, she nodded knowingly towards the end. When I was finished, she said, "Oh Mama used to sing that song!" Who knows maybe I channeled her Mama! Mama is on her mind, every time.

The third time, she happily started yodeling with me at the end. Then she asked me, if I ever met her Mama. I told her no, but I'd sure like to. She told me that her Mama had a beautiful voice, that she learned to sing from her. "Was your Mama beautiful?" I asked? "Well she was beautiful to us!" she said. "Mama was a BIG woman!" She also told me that she was the fifth of fourteen kids, which explains further how stressed her Mama may have been the times she yelled at Merlene. (I changed the guess of ten kids in my original story to fourteen!)


That last time when I said goodbye, Merlene reached up for me to hug her. She pulled me close with her tiny arms and said right into my ear: "you don't know how much this means to me." It was as if for a few seconds, her dementia had taken a break, and she urgently wanted me know what she usually could not tell me.

Where are you going?
Why don’t you come back?
Let’s sing together
Get back on track

Your Mama is smiling
She says you sound fine
Merlene, you can always sing
To ease your mind

I’ll pour me some coffee
We’ll turn off the phone
Merlene, it feels so good
To be back home

Quilt in photo made by my sister Penny Hummel

I have been writing songs most of my life. A good bit of recording and performing too. Money comes and goes, but the muse is precious and timeless. I pray that my songs help people through darkness as well as celebrate the light. This music is a village and I am not alone. I am deeply grateful to the many people who have helped me birth these songs in so many ways. You are the Love! ... more